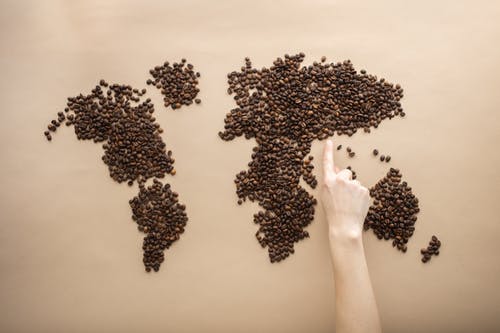 Coffee history and origins are lost in the mists of time and are meld with suggestive legends.

Legend has it that an Ethiopian shepherd discovered coffee after noticing that his goats became more active after ingesting certain berries. He decided to try them himself and benefited from their energising effect.

However, the first coffee plant is thought to have been discovered in a monastery in Yemen in 1400.

It was only in 1711 that coffee plants were introduced to Europe and its spread was unstoppable.

Before becoming the drink we all love and consume, coffee had a singular setback.

Given its exciting effects, some members of the Catholic Church asked the then Pope Clement VIII to ban its consumption in order to limit its spread. This was because it was even referred to as the devil’s drink.

The Pope, however, thought of tasting it himself before issuing the ban. He was favourably impressed and turned it into a drink suitable for Christians as well.

Coffee history and origins: the popularity

In Italy, the habit of drinking coffee originated around 1700 in Venice, one of the most important maritime cities. And it was in Venice that the first public establishments were set up where it was possible to consume this drink that was then curiously called ‘Arabian wine’.

From the very beginning, the coffee shops became a meeting place, fostering communication between people and the birth of ideas.

Today coffee is consumed almost all over the world and ‘having a coffee‘ is still the best way to brighten up the day.

Which Coffee Lover are you?

Pods and capsules: what differences?

Filter coffee what is it and how to brew it correctly

How to brew a perfect espresso coffee