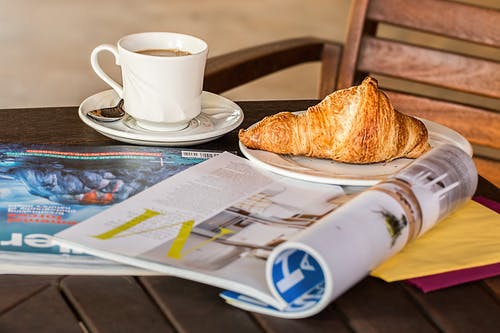 Coffee is the most widely consumed beverage in the world after water.

Many things are known about this black gold: what types of coffee exist, the different ways of extracting it, its use in the kitchen for increasingly creative recipes, its health benefits and its use in the aesthetics field. But there are certainly 7 interesting facts about coffee that will surprise you!

Italy is not the place where most coffee is consumed

Coffee and Italy are an ever-present alliance, but not as strong as one might imagine. Italy is in 12th position. The crown belongs to Finland, which consumes an average of 14 kg of coffee per person per year.

According to many people the Napolitan mocha was the first method of preparing coffee at home. Also known as cuccumella, it was invented in 1819.

What is the best time to get coffee?

This coffee question is answered by science. The best time to drink caffeine is between 9.30 and 11.30 am. According to Steven Miller, neuroscientist and researcher at the University of Health Sciences in Maryland, choosing to drink coffee at this time protects us from developing an addiction.

It is well known that caffeine improves attention and cognitive activity. Perhaps not everyone knows that it is also very useful in improving the ability to understand other people. So if you have to ‘get over’ a complicated situation, make sure you have a good supply of coffee. If not, order it directly.

Everyone’s crazy about coffee – even elephants

It sounds strange, but it’s true! Even elephants are crazy about coffee beans.  If you are interested in finding out more, please click here for more details.

Where does the coffee plant come from?

The coffee plant originates from South Sudan in Africa, but nowadays Brazil is the largest coffee producer in the world.

Coffee as a muse for intellectuals

One of the most interesting facts about coffee is its association with the intellectual world. This famous brew has inspired many artists. Renoir, Manet and Van Gogh are among the authors of masterpieces in which coffee is found. While in music we appreciate the famous Kaffeecantate composed by Bach.

Which Coffee Lover are you?

Pods and capsules: what differences?

Filter coffee what is it and how to brew it correctly

How to brew a perfect espresso coffee